Only few stars carry the tag of “bas naam hi kaafi hai”, and Kapil Sharma is perhaps among the handful of names who started on television and graduated to this category. Christened ‘king of comedy’ by his fans, he has turned adversity into opportunity, surviving very public controversies. Take his controversial tweet to PM Narendra Modi in 2016, for instance. The storm in the teacup has been mined for laughs by the comedian in his upcoming Netflix stand-up comedy show, I’m Not Done Yet, where the joke is on him. Or his favourite brand of nightly tipple. Something that could’ve blown out of proportion is now comedy fodder.

So what makes Kapil a brand, that rare celeb who has been given multiple chances by fans to resurrect and return? Every time he has had a public fallout, or Twitter has become his battleground or even his show has been condemned for pushing stereotypes, the comedian has come out stronger, with his fans standing steadfastly behind him.

Kapil Sharma’s rags-to-riches story is something many who comprise his audience can identify with. His journey from a humble background in Amritsar, his financial struggles where he worked at a telephone booth and sang at ‘jagratas’ to make ends meet after his father succumbed to cancer, is real and relatable for many. The fact that he became a famous name of his own grit and hard work is respected by them too.

Kapil had recently told IANS that he tried for BSF and how his father, a head constable in Punjab Police, wanted him to become a singer, but Kapil chased other dreams after shifting to Mumbai. He would roam around Juhu Beach “looking out for directors as if they had nothing better to do in life.”

“I remember when I was a drama teacher at a college, my father was in the ICU. I was called to be with him but I had to stay back as my students were up for an important competition. I think it was God that helped me sail through such tough times,” he told Zoom earlier.

Kapil Sharma won The Great Indian Laughter Challenge in 2007 and then went onto win six seasons of Comedy Circus too. His talent made him stand out. His comedy was within reach, massy; his wit sharp. Maniesh Paul, known for his incredible stage presence, also seemed lost in front of Kapil when the two jointly hosted Jhalak Dikhhla Jaa 6. Kapil’s career turned when he launched his own show Comedy Nights with Kapil (2013).

The inception of Comedy Nights with Kapil on Colors, however, has an interesting story. Kapil told RJ Nishant during an episode of Fever FM’s Bounce Back Bharat Festival that when he went to meet the channel to crack the hosting deal for Jhalak, the team told him to loose some weight. “Aap bahut mote hain. Aap thoda wazan kam karo,” they said. It was when the channel pestered BBC to try Kapil as a host first, the comedian pitched them the idea of a comedy show.

“I enjoyed doing standup, sketch comedy, costume comedy. So I planned to bring together all the elements I am good at, put them in one show,” Kapil said. The show which was intended to be packaged at 70 minutes, went up to 120 minutes of content, making it difficult to chop in edit. “We had planned for 25 episodes but we had already finished 500 episodes when we began the current season,” Kapil added.

Comedy Nights with Kapil quickly climbed the charts becoming the highest-rated scripted TV show in India in the same year. Kapil received awards, found himself in lists that went ‘India’s richest…’ and Brand Kapil was born!

“Everyone has their own experience, some come through networks, some find their own path. I won’t say that people who enter through godfathers are not talented. However, at the end of the day, it’s only your talent that will take you places,” Kapil told Zoom.

Kapil’s show has a live audience who can interact, dance and express their adulation for their favourite star. Most of the laughs are real because when Kapil is on stage, he’s the best at his task of bringing together the various segments of the show. But as they say, comedy is born out of tragedy. It is also the most difficult emotion to crack. Kapil also had his share of hiccups. Once her got the news about a friend’s death five minutes before getting on the stage. “I was doing Comedy Nights. It was a night shoot and I got a call. I didn’t know how to deal with it. However, I took a five minute break, and was up on the stage. I think a magic happens when you go out to work, with a good intention,” he mentioned. 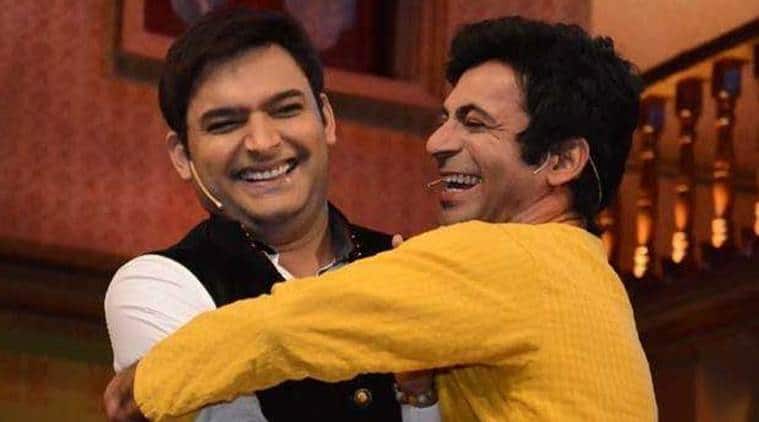 However, the success story came to a grinding halt after Kapil Sharma’s infamous feud onboard a flight with long-time associate. Kapil allegedly slapped Sunil, cracking their relationship, and also affecting the bond of his close knit team. The unfortunate incident made top headlines in 2017. Many said this was a spill-over of their long running friction due to Sunil’s growing popularity.

Kapil later spoke about the spat and trouble he faced due to his alcoholism. “When two friends fight, it’s their thing. Every family and its members have issues,” he told DNA. “I used to hyperventilate and because the show is in my name, all the problems came to me. When two artistes fought, I had to interfere and if I scolded anyone, news would come twisted in my name. So ab koi kuch bhi kahe, mujhe kuch nahi bolna hai (I don’t want to react to anything people say now). I will just focus on my work. Thoda samajhdar ho gaya hoon, shayad 5-10 percent (I’ve become wiser).”

Kapil’s public fight with Sunil Grover did cast a temporary shadow on his rise. The Kapil Sharma Show wrapped up its season 1 and the comedian went into retrospection to save his fumbling career. In fact his maiden production Firangi released around the same time, and bombed. 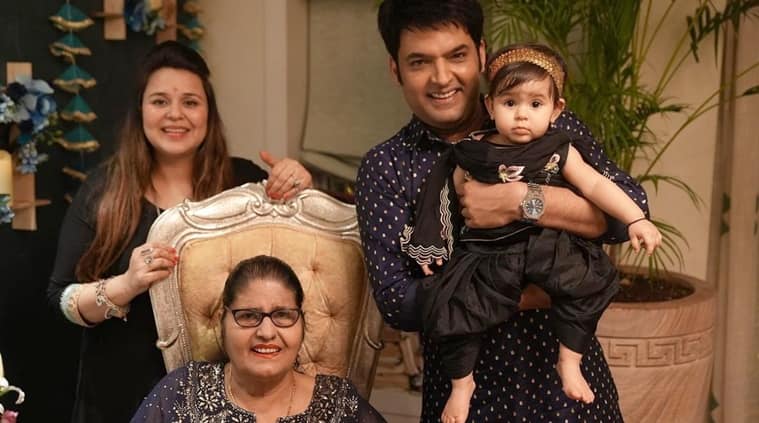 Kapil reportedly checked into a detox centre in Bengaluru to overcome his alcohol addiction, where he spent 15 days, against the prescribed 40 days. “When I came back to Mumbai, to my same house, same things started running in my mind and I again took to the bottle. Then, I realised this isn’t the solution because it depresses you even further. When I keep working, I stay happy,” Kapil shared.

The funny man sprung back into action in 2018 with the second season of The Kapil Sharma Show. Insiders said Sony channel had given him an ultimatum to get things straight as he won’t get a third chance. What we saw of Kapil this time, was a new pumped-up version. And as he returned to business, viewers took no time to embrace him with open arms.

The controversies didn’t end there — whether it was the drunk tweet to PM or public face-off with a journalist or allegations of unprofessionalism on sets. Kapil weathered it all, and what is more, nothing stuck to him. Even the content of his shows — often called out for misogyny, racism and being tone deaf — remains a hit with the audience. What is more, he often takes a dig at himself and his failings on his show, taking the sting out of his detractors’ barbs. Even when he accepted his struggle with mental illness, he did it in his own style.

When he drunk tweeted to PM Modi complaining about BMC, it cause a lot of furore. But the man has learned to accept his mistakes and even joke about it, leaving no room for hatred. In I’m Not Done Yet, he reveals that to escape the mess he had created, he fled to the Maldives where his stay cost him Rs 9 lakhs. “I want to sue Twitter.” He said the microblogging site should have warned his followers that it is a “drunk tweet.”

Kapil Sharma‘s life has all the elements for a Bollywood movie. In fact a film titled Funkaar on Kapil is in the works, which will be helmed by Fukrey director Mrighdeep Singh Lamba.