Pankaj Tripathi is a name in the Hindi film industry who is known for his versatility and talent. This year, we have seen him play a hapless farmer Lal Bihari in Kaagaz, conniving driver Bhanu in Mimi and a wily policeman in Bunty Aur Babli 2. He is set to sign off the year with the role of Man Singh, the manager of the Indian cricket team which won the 1983 cricket World Cup in Kabir Khan’s sports drama 83. The role is special for the actor as he gets to play a real-life ‘hero’ about whom people know nothing.

The 40-year-old actor readily agreed to be a part of Kabir Khan’s ensemble film, as it “depicts the beautiful journey of the Indian cricket team that brought the World Cup home.” Also, he believes people might still know the story of the players, but very few know about Man Singh. “It is a story about a hero whom nobody knows of. I agreed to do the film in the first narration itself,” Tripathi told indianexpress.com while adding that he was impressed with Khan’s prep for the film.

Not just Khan, Tripathi was mighty impressed with the “coordination, passion and team spirit” that the entire cast of 83 had. “When you will watch the film, you will feel a strong bond among the cast. We had such great fun during the shoot. Every day after pack-up, while returning in a bus to the hotel, Harrdy (Sandhu) and Ammy (Virk) used to sing songs, and everyone else sang in a chorus,” the actor shared. 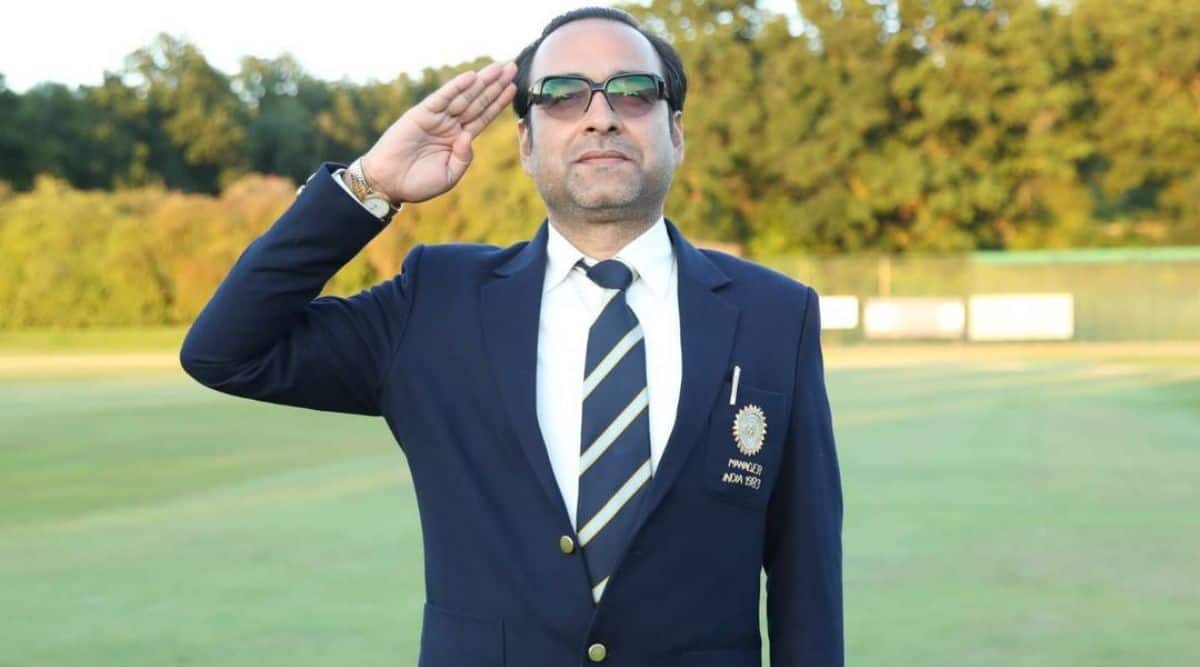 Tripathi, being the senior-most actor on the set of 83, received immense love and respect. He was the only cast member who was addressed as ‘sir’ by other actors. “When we wrapped the Dharamshala schedule of the film, Ranveer (Singh) told me that the entire team is privileged to have worked with me and share the screen with me,” said the actor. He defined his time with Singh during the film as “bahut shaandaar” and said the actor “loves me a lot.”

Born and brought up in a small village in Bihar, Tripathi has no memories of the day when India won the cricket World Cup in 1983 since he was an 8-year-old kid at the time and “there was no TV or radio in my village.” But like many other Indian kids, he did play the sport during his childhood. Calling himself a good bowler, the actor said, “I used to play cricket in my village. We used to get a bat made by the local carpenter and make a ball out of bamboo roots since at that time there was no ball available in the village. All the cricket equipment in our village was handmade.”

For the past few years, Pankaj Tripathi has been delivering one masterpiece after another. He slips into his characters like a chameleon and has redefined how Bollywood’s goons or fathers look. Now the actor wants to take a break and do only ‘selective work’. He stated he’s not desperate for any kind of role. “Main bohot bechain aatma nahi hoon (I am not a restless soul). Whatever role I get I make it my dream role,” the actor said.

The sports drama 83 will hit the large screen on December 24.