In sport, as in life, there are events within events. Moments that shape the moment of glory or moments that stay in the mind beyond the runs, wickets, goals and trophies. Moments that are more imperishable than numbers. As a breathless year of sport ends, and another sporting year restless to unfold, The Indian Express looks back at 2021. 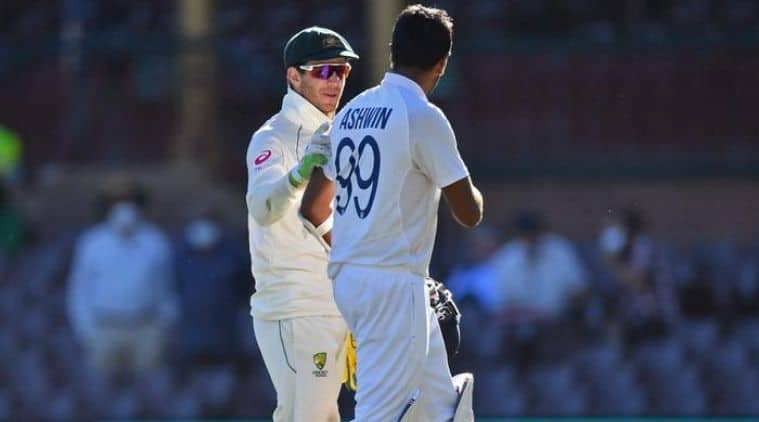 ‘Can’t wait to get you to the Gabba,” Tim Paine said to R Ashwin, who was batting with a sore and strapped back. At the other end was an injured Hanuma Vihari struggling with a hamstring injury. The duo put together a valiant, unbeaten partnership of 62 runs off 256 balls to secure a draw in the Sydney Test.

Paine’s Sydney sledge backfired spectacularly at Gaba as Rishabh Pant channeled his inner Ben Stokes to scare the daylights out of the Australians with his breakthrough strokeplay, tearing down the Gabba fortress after 33 years of Australian invincibility. India retained the Border-Gavaskar Trophy with a 2-1 series triumph.

The result had the potential to end Tim Paine’s reign as Australia captain, having lost back-to-back home series against India. But, interestingly, it did prove to be Paine’s last Test match as Australia skipper as he stepped down from the captaincy just before the Ashes over the sexually explicit messages he sent to a female colleague three years ago.

After being shot out for a record low score of 36 in their second innings in the pink-ball Test at Adelaide, the team under Ajinkya Rahane showed resilience to bounce back, effecting an extraordinary turnaround to win the four-match series 2-1.

In the closing stages of the Gabba Test, when Rishabh Pant was cutting, driving, paddle-sweeping bowlers in the middle, an expressionless Ajinkya Rahane was sitting near the dressing room with zen-like composure, immune to all the drama on the ground. Even his deputy Rohit Sharma, sitting next to him was animated, whenever Pant was going for the big shots. The series will be remembered for ages for the comeback win and the resilience the team showed under stand-in skipper Ajinkya Rahane. James Anderson would never have thought that someone would play a reverse sweep off his bowling in Test Cricket. Anderson took the second new ball, Rishabh Pant immediately charged down the pitch and hit him over mid-off for one four. Next ball, he slapped him through cover for another boundary and then – best and most breathtaking one yet – hit him for a reverse flick over the slips for a third. The wicket-keeper batter pulled off something similar in the T20I series against England. This time he used the reverse-scoop to hit a six off the bowling of Jofra Archer. Steve Smith led his team in the Ashes. (Courtesy: AP)

Australia captain Pat Cummins was ruled out of the second Ashes Test in Adelaide after becoming a close contact of a positive coronavirus case. The dramatic development before the pink-ball Test paved the way for Steve Smith to lead Australia for the first time since he resigned as captain after the 2018 ball-tampering scandal in South Africa. He was banned from international cricket for 12 months.

Steve Smith’s return to leadership has received a mixed response from the former cricketers. Former England skipper Michael Atherton told SEN Test Cricket, “I think once you’ve been punished and done your time in any reasonable society, there must be a chance for people to come again.”

On the other hand, legendary leg-spinner Shane Warne is against Steve Smith returning to a leadership position considering his track record.

“They won’t make Steve Smith captain; they can’t do that; I wouldn’t have thought they’ll do that. I think how can a captain on his watch let Sandpaper Gate happen. It doesn’t make any sense to me whatsoever,” Warne told foxsports.com.au.

Rizwan back on field after being in the ICU Mohammad Rizwan in the ICU. (File)

A couple of days before the crucial semifinal clash against Australia in the ICC T20 World Cup, Pakistan’s wicket-keeper opener Mohammad Rizwan was admitted in the ICU after he complained of severe chest pain.

Going into the match, Rizwan was not 100 per cent, but managed to score 67 in 52 balls, getting out only in the 18th over, helping Pakistan to reach 4-176. He returned to keep the wickets and took a sharp catch of the in-form Australian opener David Warner, who seemed to be running away with the game. However, Rizwan’s heroics were not enough as Matthew Wade and Marcus Stoinis fought back to get Australia home with an over to spare.

Matthew Hayden, who was Pakistan’s batting consultant, hailed opener Mohammad Rizwan as a ‘warrior.’ Hayden said: “Rizwan was in the hospital a night ago, suffering from a bronchitis condition, but this is a warrior… He has great courage.”

Chris Gayle struggling to make an impact in a World Cup 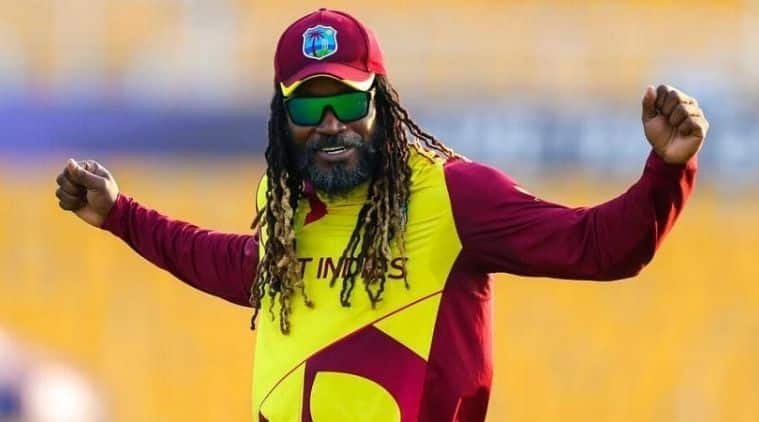 During West Indies’ last match against Australia, Gayle dragged Pat Cummins onto his stumps for 15; he smiled, saluted the crowd, and shared an embrace with Dwayne Bravo, who confirmed his retirement.

Gayle, who has made T20 cricket his niche, was struggling throughout the T20 World Cup. The hard-hitting Jamaican has scored only 45 runs and took one wicket with his off-spin in five games.

Gayle’s place in the squad had been a source of controversy back in the Caribbean, even before the World Cup. He had hit only one T20 International half-century in the last five years.

However, no one comes close to his tally of 14,321 runs in 453 T20 matches, including 1045 sixes and 22 centuries. The 42-year-old also holds the record for the fastest T20 century (30 balls) and highest individual score (175 not out from 66 balls), both set while playing for Royal Challengers Bangalore against Pune Warriors in an Indian Premier League fixture in April 2013.

Chris Gayle’s international retirement is yet to be confirmed. “I’d love to play one more World Cup. But I don’t think they will allow me,” he said after the match against Australia.

Like his mentor MS Dhoni’s retirement post on social media, Virat Kohli also chose a social media platform to make the announcement, paving the way for split captaincy in Indian cricket. But Kohli’s tweet eventually proved to be controversial.

Three months ago, Virat Kohli announced on Twitter that he would step down as India’s T20I captain after the T20 World Cup.
“Understanding workload is a very important thing and considering my immense workload over the last 8-9 years playing all 3 formats and captaining regularly for last 5-6 years, I feel I need to give myself space to be fully ready to lead the Indian team in Test and ODI cricket,” Kohli wrote in his post.

He added: “I have given my everything to the Team during my time as T20 Captain and I will continue to do so for the T20 Team as a batsman moving forward.”

While relinquishing T20I captaincy, Kohli had expressed his desire to lead India in Tests and ODIs, going ahead. But a couple of weeks ago, Rohit Sharma replaced Virat Kohli as India’s ODI captain. Unlike the T20I captaincy change, where the announcement came from Kohli, citing his workload, this was a BCCI decision to remove him as ODI skipper. 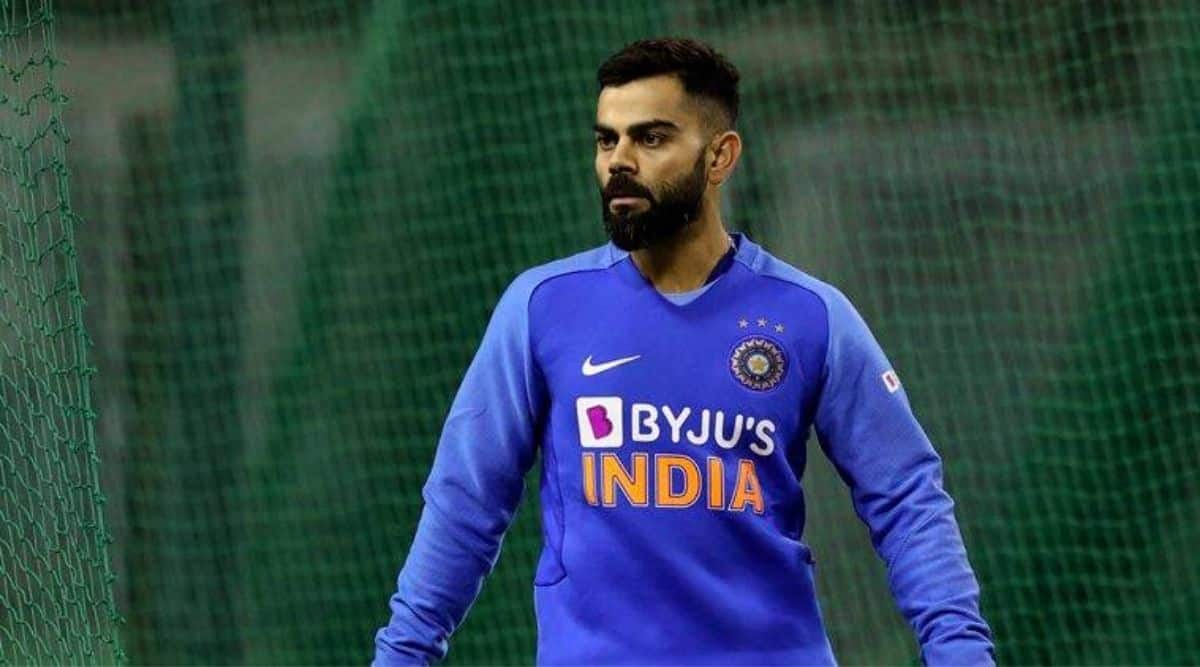 Virat Kohli had expressed his desire to lead India in Tests and ODIs. (File Photo)

Before departing to South Africa for a three-match series, India captain Virat Kohli’s eyeball-grabbing media conference has exposed the current mess in the Board of Control for Cricket in India (BCCI).

The Indian Test captain said that he was never asked ‘not to quit T20 captaincy,’ contrary to what BCCI president Sourav Ganguly had said to various media outlets.

Test captain was in a combative mood at the BCCI press conference, and he prevented the media manager from not stopping it. “I can see some more questions are popping up on chat,” he said.

He was asked why he was removed as ODI skipper and about the long-rumoured rift between him and new white-ball captain Rohit Sharma. Kohli gave detailed answers to both. Kohli seemed keener than ever to speak his mind. Even if it has meant breaking away from de facto protocol. During the T20 World Cup, he came out in strong defence of Mohammed Shami, despite the media manager trying to shield him from the question about the trolling the fast bowler had faced after the loss against Pakistan. “No, I will answer this one,” Kohli had said then. MS Dhoni has been known to be inscrutable as he plots his team’s progress on the field, but he betrayed his emotions after Chennai Super Kings (CSK) won the Indian Premier League (IPL) title for the fourth time. Dhoni was seen punching in the air after his so-called ‘Dad’s Army’, written off after last season, won the IPL 2021.

In the end, it was a night to remember for CSK fans as Dhoni lived up to his word at the end of IPL 2020, where he said coming back strong is what this team does. From their first-ever group stage elimination, to the title in 12 months, Dhoni and Co triumphed in style.

A round of applause for @KKRiders, who are the runners-up of the season. 👍 👍

Chennai, winners in 2010, 2011 and 2018, remain one of the most successful IPL franchises after five-time champions Mumbai Indians. Upsetting form book, Pakistan thrashed India by 10 wickets, recording their first-ever World Cup win over arch-rivals. Before this game, Pakistan had never beaten India in a World Cup. Virat Kohli played a captain’s knock of 57 to rescue India from a top-order wobble and help them post a competitive 151-7.

His counterpart Babar combined with Mohammad Rizwan to get Pakistan off to a flying start and they won with 13 balls to spare. Rizwan strong-armed to an unbeaten 79 off 55 balls. Azam was class personified in his 68 not out off 52 balls.
The reaction from the Pakistan openers after the victory suggested what it meant to them to break then jinx. Rizwan restricted his celebration to a fist pump. Azam offered a silent prayer before the whole squad joined for a team huddle.